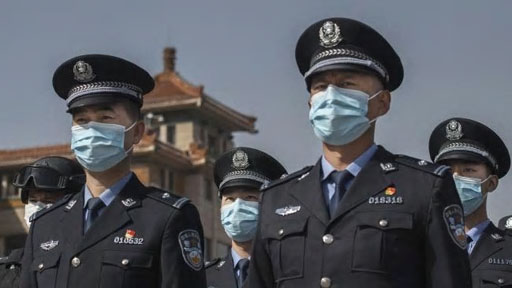 A new report claims China should pay for the COVID-19 disaster that has caused tens of thousands of deaths and shattered the global economy.

China should be sued trillions of dollars over its handling of the coronavirus crisis, a new report has claimed.

According to the Coronavirus Compensation? report carried out by conservative UK think tank The Henry Jackson Society, lawsuits against the nation could hit “at least” £3.2 trillion ($A6.5 trillion) from G7 nations alone.

Authors Matthew Henderson, Dr Alan Mendoza, Dr Andrew Foxall, James Rogers and Sam Armstrong argued the Chinese government’s early handling of the disease and “failure to adequately report information to the WHO” breached several articles of the International Health Regulations, of which China is a signatory.

The organisation claims the breaches allowed the virus to quickly spread outside Wuhan, where it originated, and that its research found four main areas of concern.

It alleges the Chinese government failed to disclose data that would have shown evidence of human-to-human transmission “for a period of up to three weeks from being aware of it” and that it gave the World Health Information incorrect information about the rate of infections from January 2, 2020 to January 11, 2020.

The group argues the “lack of information” from China delayed the response to the virus, such as travel screening.

It cited a University of Southampton study which previously found the spread of COVID-19 would have been reduced by 95 per cent had strict quarantine measures been introduced just three weeks earlier.

As a result of those alleged breaches, the body said China could face hefty potential damages, including £351 billion ($A712 billion) from the UK and £29.9 billion ($A60.7 billion) from Australia, and said public international lawyers might “make use of relevant clauses in order to uphold international norms” and force China to pay up.

“The Chinese Communist Party has learnt no lessons from its failure in the SARS epidemic of 2002-3. Their repeated blunders, lies and disinformation, from the start of the COVID-19 epidemic, have already had far more deadly consequences,” co-author Matthew Henderson said.

“This report apportions no blame to the people of China for what has happened. They are innocent victims, like the rest of us. This is the fault of the CCP.

“How this will translate into practice, time will tell. By computing the cost of damage caused to advanced economies and assembling a series of possible legal processes to which the rules-based order can have recourse, we offer a sense of how the free world might seek recompense for the appalling harm the CCP has done.”

Meanwhile, US intelligence agencies submitted a classified report to the White House last week in which they concluded the death and infection toll of the outbreak in China was being deliberately under-reported.

The Beijing-approved tally stands about 82,000 cases and 3300 deaths since the outbreak was discovered in December – but the report allegedly concludes the infection and death tolls are “lies”.