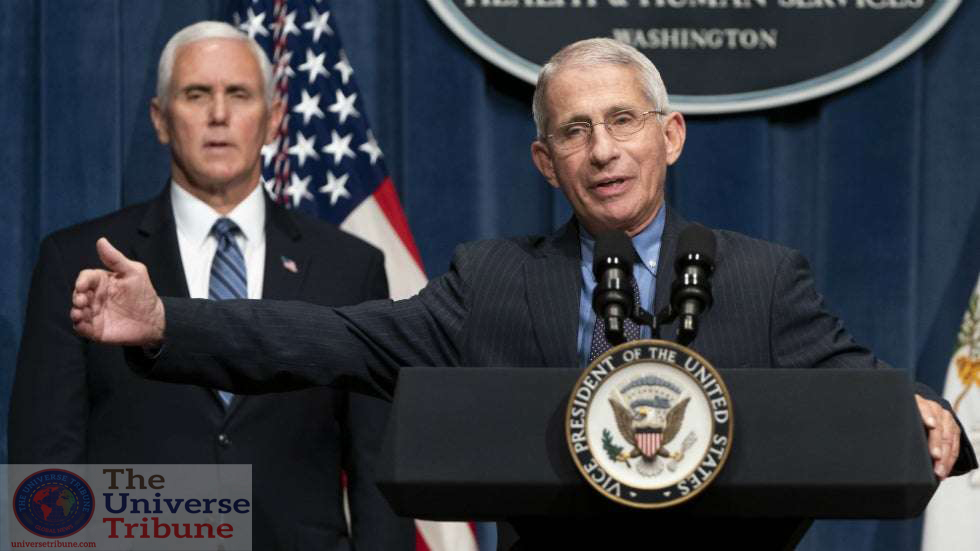 Anthony Fauci warned Friday that the recent spikes in coronavirus cases could spread throughout the country and pleaded with Americans to practice social distancing to address recent outbreaks.

Fauci, the nation’s top infectious disease expert and a member of the White House coronavirus task force, said at a televised briefing in Washington, D.C., on Friday afternoon that Americans have a “societal responsibility” to practice social distancing in order to curb the spread of COVID-19.

“You have an individual responsibility to yourself but you have a societal responsibility, because if we want to end this outbreak – really end it, and then hopefully when a vaccine comes and puts the nail in the coffin – we’ve got to realize that we are part of the process,” Fauci said during a White House coronavirus task force briefing, the first of its kind since late April.

Fauci said Americans could “be either part of the solution or part of a problem.”

His sobering remarks came as coronavirus infections in states like Arizona, Texas, Florida and California have significantly risen. Both Texas and Florida said Friday that they would close bars in order to address the surge in cases.

Fauci noted that some areas of the country have done well in curbing coronavirus infections with “prudent” reopening plans. But he pointed to a disturbing trend in certain areas that he warned could spread nationwide if left unchecked.

“We are facing a serious problem in certain areas,” Fauci said. “We have a very heterogeneous country, but heterogeneity does not mean that we are not intimately interconnected with each other. So, what goes on in one area of the country ultimately could have an effect on the other areas of the country.”

“If we don’t extinguish the outbreak, sooner or later even ones that are doing well are going to be vulnerable to the spread,” he said.

Fauci’s remarks stood in contrast to those from Vice President Pence and other officials who sought to ease concerns about recent spikes and chose to emphasize the progress the United States has made in confronting the pandemic, which has killed more than 120,000 Americans.

Daily coronavirus cases exceeded 40,000 for the first time Friday, after plateauing as a result of restrictions put in place to curb the spread of the disease. States across the country have moved forward with plans to loosen coronavirus restrictions so that businesses can reopen and ease the devastating impact the pandemic has had on the U.S. economy.

Fauci and other top health officials have recommended Americans wear face coverings, avoid large gatherings and keep distance from people when in public.

On Friday, Fauci suggested that some of the spikes could be attributed to states opening “a little bit too early” or not following steps recommended by the federal government in an orderly fashion.