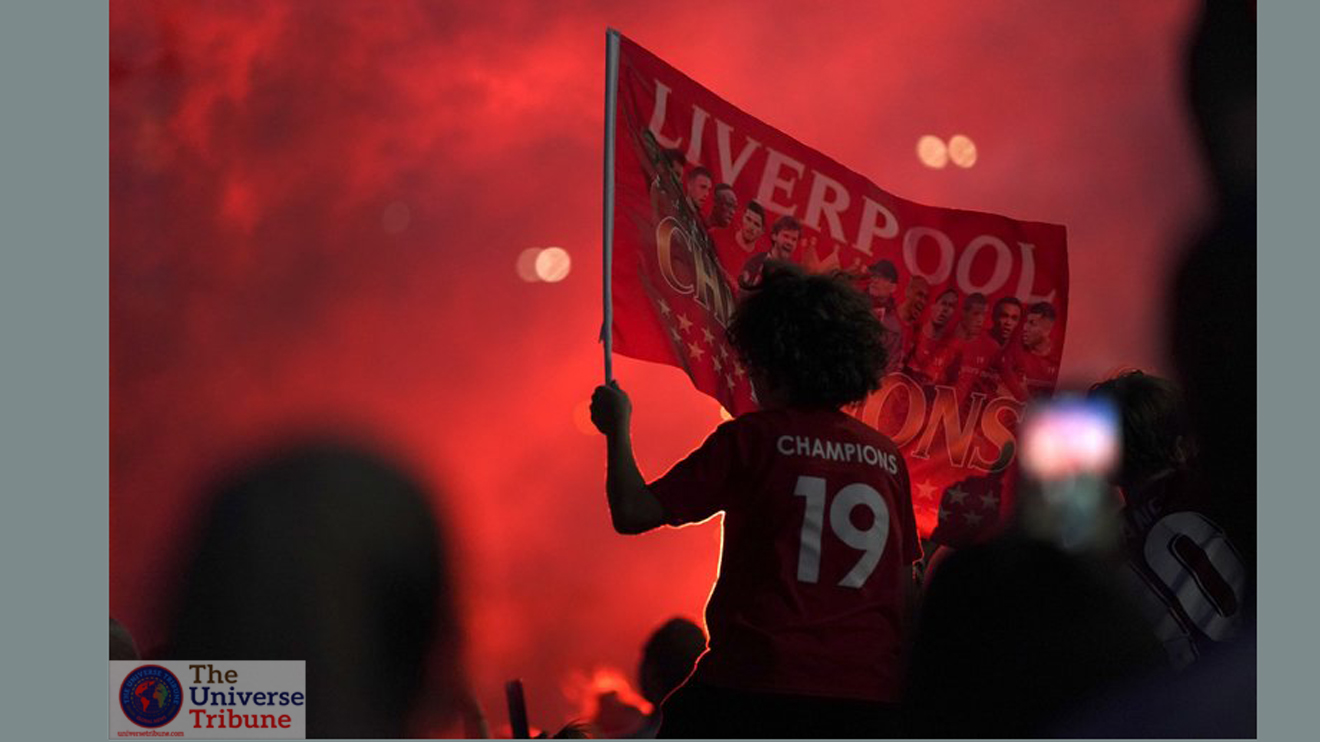 Liverpool’s first English title in 30 years has been arguably their most impressive. Simon Evans explains how they did it.

The sun had just set over Anfield — and on a 30-year wait to be champions of England again — when the fireworks started to explode into the twilight.

A signal went out across Merseyside. The drought was finally over for Liverpool.

At first there were just a dozen supporters who watching on phones and listening on radios outside this hallowed stadium. They were soon surrounded by a sea of thousands snaking from the entrance to the Kop past the The Albert Pub to the Hillsborough memorial.

And as darkness eventually engulfed Liverpool’s home on this mid-summer’s evening, a red haze of smoke began to light the skies

Waving flares and flags, Liverpool’s faithful found a way to share this moment together on Thursday, even in a pandemic. It’s hard to stay apart when a three-decade mission has been accomplished, even though the crowning moment came without Liverpool players being on the field.

The squad had to watch on television, just like the fans, as second-place Manchester City lost 2-1 at Chelsea and left Liverpool 23 points in front. With seven games to go, Liverpool cannot be caught.

“This is bliss,” 61-year-old fan Francis Murphy said as fans clambered onto the Main Stand behind him. ”I have supported them all my life and to go 30 years without winning the league really hurts. But we are back, and Liverpool will stay back.”

Jürgen Klopp, the German manager who has restored a winning mentality to Liverpool with his brand of “heavy metal” football, already led the club its sixth European club title last year.

“If I tried to start talking about it again I will start crying again and that doesn’t work really well,” Klopp said. “I am completely overwhelmed. I don’t know, it’s a mix of everything. I am relieved, I am happy, I am proud.”

alone will regret it for the rest of his life. So we came here together. It is our bubble.”

Liverpool became England’s earliest and latest champion: clinched with the most games to spare and by the latest calendar date.

This title had hardly been in doubt since December. A fluid, attacking style of play earned 28 wins and two draws in 31 games with a loss at Watford.

“The world has watched the fierce determination of this club on the field for every single match,” said John Henry, Liverpool’s American owner, “the preparation, the resolve and the talent of those who put together perhaps the greatest league performance ever in any country’s history.”

The club was 25 points clear when the league was abruptly halted by the coronavirus in March.

“Null and void” became the dreaded term in the red half of Liverpool, amid fears the season could be canceled completely. When Liverpool returned on Sunday, a 0-0 draw at Everton delayed the crowning moment. The team rediscovered its scintillating attacking form as it swept aside Crystal Palace 4-0 on Wednesday inside an empty Anfield.

Fans couldn’t go to pubs, which have been shut since March.

“We are not going to complain and make a fuss,” said 21-year-old defender Trent Alexander-Arnold, a lifelong fan. “It’s something we’ve always dreamed of.”

But the police adopted a relaxed approach to allow the outpouring of emotion outside Anfield. Thousands filled the streets long after midnight singing club anthems old and new — from “You’ll Never Walk Alone” to “Allez, Allez, Allez.”

“You want to be amongst it,” said 23-year-old supporter Libby Stevens, who wasn’t alive when Liverpool last won the league.

In 1990, the top tier was still called the First Division and the Liverpool held the English record with 18 titles. But the inception of the Premier League in 1992 transformed the landscape of the English game.

Liverpool faded and Manchester United won 13 Premier League titles in 21 seasons. United manager Alex Ferguson succeeded in his mission of knocking Liverpool “off their perch” by helping the Mancunians become 20-time English champions and one of the wealthiest teams in the world.

There was one United fan at the Anfield celebrations — John Restall, who was accompanying Liverpool-supporting partner Christine Banks

Henry’s experiment of bringing back 1990-title winning manager Kenny Dalglish was short-lived: an eighth-place finish in 2012 was the club’s lowest in 18 years.

Brendan Rodgers’s finished two points shy of champion Manchester City in 2014 — after captain Steven Gerrard slipped on the field and gave away a goal is a critical loss to Chelsea.

A slump in form saw Rodgers fired in 2015, which ushered in the arrival of Klopp. Money from the sale of Philippe Coutinho two years ago helped build an entertaining team led by Mo Salah and Roberto Firmino, bolstered defensively by the additions of goalkeeper Alisson and center back Virgil van Dijk for then-world record transfer fees.

Liverpool finished just one point behind winner Man City last season. There was no stopping Klopp’s team this time.

“We had a magnificent season last year, but we came in second and so this is especially gratifying for us,” Liverpool chairman Tom Werner told The Associated Press after watching the game on Cape Cod, in Massachusetts. “We share our joy with your game and our team. They really did play magnificently all year. Yesterday’s game was another example of how talented the team is. And I’m just happy for all of our supporters in Liverpool and around the world.”

But any thoughts of a victory parade will have to wait until the pandemic regulations are eased further.