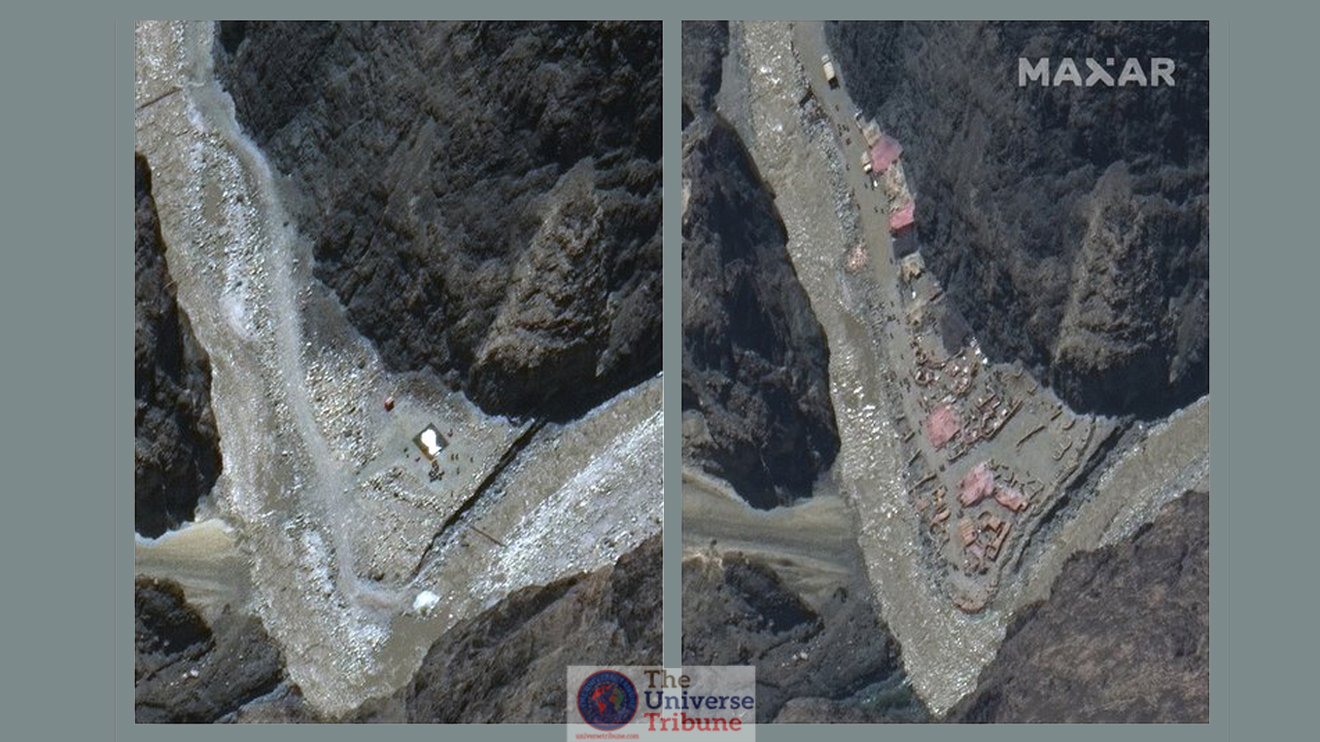 Construction activity appeared underway on both the Indian and Chinese sides of a contested border high in the Karakoram mountains a week after a deadly clash in the area left 20 Indian soldiers dead, satellite images showed.

The images released this week by Maxar, a Colorado-based satellite imagery company, show new construction activity along the Galwan River Valley, even as Chinese and Indian diplomats said military commanders had agreed to disengage from a standoff there.

The images appeared to show that the Indians had built a wall on their side and the Chinese had expanded an outpost camp at the end of a long road connected to Chinese military bases farther from the poorly defined border, according to experts.

The contradictions in words and deeds showed the fragility of an agreement following the worst violence since the Asian giants went to war in 1962 over their competing claims to the arid border region, experts said.

The new maps released by India following the move drew criticism from Beijing because they showed Aksai Chin — an area administered by China but contested by India — as part of Ladakh.

Indian officials said the standoff that culminated in this month’s deadly clash in the Galwan Valley, part of a remote stretch of the 3,380-kilometer (2,100-mile) Line of Actual Control, or LAC, established following the 1962 war, began in early May when large contingents of Chinese soldiers entered deep inside Indian-controlled territory at three places in Ladakh, erecting tents.

After a few skirmishes in May, Indian and Chinese commanders met June 6 to hash out an agreement that would reduce tensions.

The two sides agreed to build observation posts on either side of the mouth of the Galwan River, China’s ambassador to India, Sun Weidong, told the Press Trust of India news agency on Tuesday.

Indian foreign ministry spokesperson Anurag Srivastava said that during the June 6 meeting “both sides had agreed to respect and abide by the LAC and not undertake any activity to alter the status quo,” but did not address whether they had agreed to observation posts.

Around midnight on June 15, soldiers attacked each other with rocks, clubs and their fists in the Galwan Valley, the deadliest violence between the two countries in 45 years.

Indian security officials said the fatalities were caused by severe injuries and exposure to subfreezing temperatures. China has not said whether it suffered any casualties in the clash.

India and China have blamed each other for the melee and staked fresh claims on the area where it occurred.

Chinese foreign ministry spokesperson Zhao Lijian said Wednesday that the confrontation occurred on China’s side of the Line of Actual Control, and that Indian forces had illegally entered Chinese territory.

“The responsibility (for the incident) is entirely not on the Chinese side,” Zhao said.

But Srivastava said Thursday that China had provoked the fight when its soldiers “sought to erect structures just across the LAC” on the Indian side. He said Indian soldiers foiled the attempts.

However, a sequence of Maxar images of the river bend where the clash occurred in the weeks before and after the clash showed that construction had expanded up the Galwan Valley toward the Line of Actual Control from Chinese bases, Maxar Vice President Steve Wood said.

Wood said that since May 22, satellite images showed “convoy after convoy of heavy trucks, diggers, bulldozers and some military armored equipment” rolling down the Galwan Valley toward the disputed border.

Before and after the fatal clash, China was moving construction equipment, soldiers and military hardware toward the LAC, said Chris Biggers, senior analyst at the geospatial intelligence company HawkEye 360.

“The Chinese were obviously pushing toward the junction and what they perceive as their claim line. They have now built a post and a track reinforcing their claim, thus changing the status quo in the area,” he said.

At that junction, the Galwan River turns west toward an important supply route for a key Indian airfield. Biggers said that satellite imagery shows that India has built a stone wall there facing the new Chinese post, with a layered set of barriers draped in camouflage netting and tarps that “could also function as fighting positions.”

“We also see quite a bit of activity on the road, with trucks moving in both directions as well as troops marching in formation along the new track,” Biggers said.