Slowly but surely signs of life are visible on high streets, in schools and workplaces across Europe as countries begin to lift their COVID-19 lockdown measures. DW takes a look at which restrictions have been lifted.

Shops across Europe were forced to close their doors to prevent the spread of COVID-19, including this fashion store on Makarios Avenue in downtown Nicosia, Cyprus. A stay-at-home order had been in place on the island since late March. On May 4 President Nicos Anastasiades allowed construction sites and small retail stores to open again. People should be able to move freely again on May 21.

Beach days are back 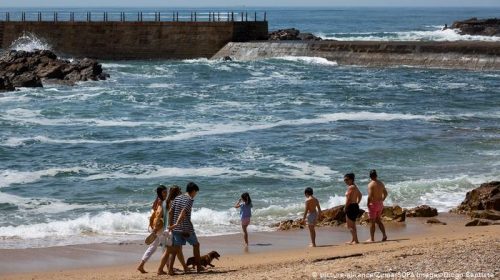 People in Portugal are now able to enjoy strolling along the beach again. Under the country’s state of emergency, which was introduced on March 18, beaches were shut, along with non-essential businesses and restaurants. People were still able to go outdoors and exercise, but now have more freedom to go to shops and hairdressers. However, face masks are still required in closed spaces. 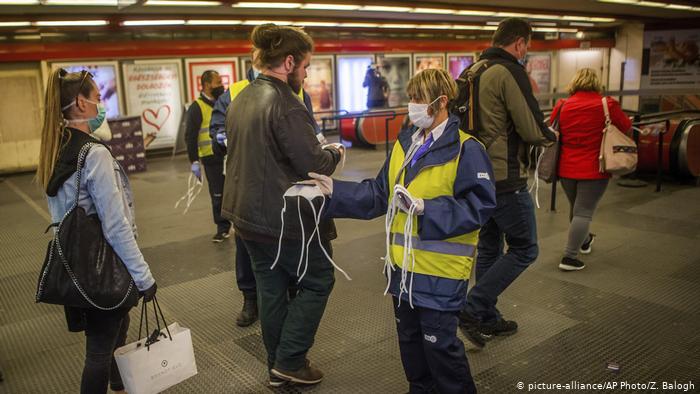 Rules requiring face masks on public transport are now commonplace throughout Europe. In Hungary’s capital Budapest, transport workers were offering travelers masks at Nyugati Square. Budapest remains under stricter restrictions than the rest of the country. Other cities can begin to open up some stores, museums and public spaces. 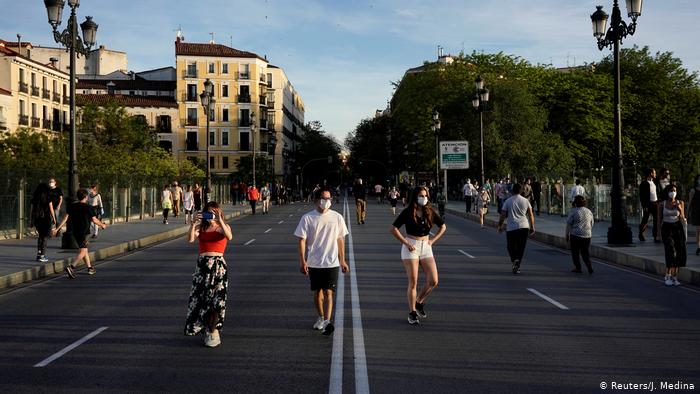 Public spaces in Spain had been deserted. For 48 days residents were not allowed to leave their homes except for food, medical reasons, or to walk the dog. Restrictions and social distancing rules are still strict, but people are finally able to go out for exercise. People in the capital Madrid pounced on the opportunity. 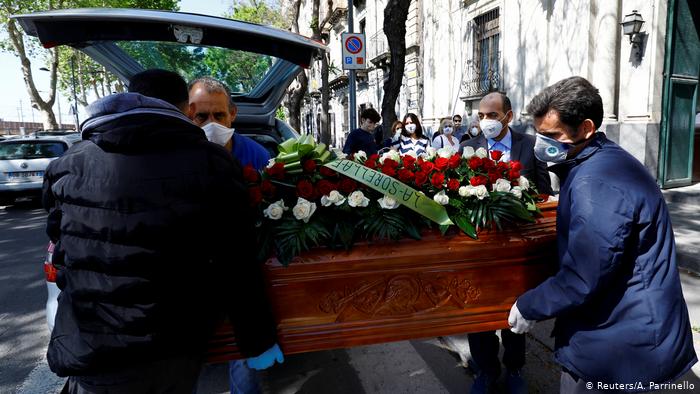 The lifting of restrictions in Italy also allows up to 15 people to attend a funeral, albeit while wearing masks. During its lockdown, Italy banned funerals to stop the spread of COVID-19, which denied many people the chance to say goodbye to loved ones. 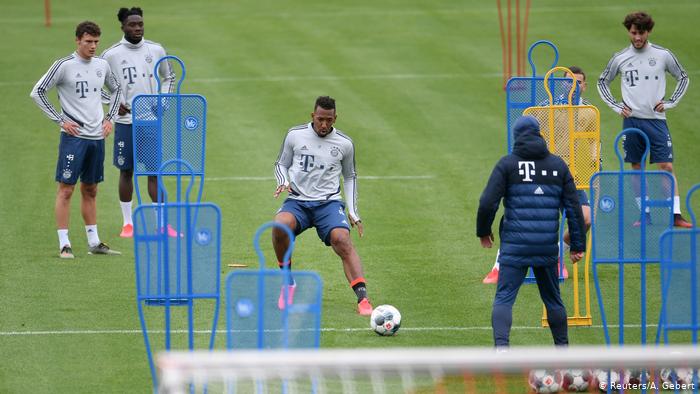 In Germany professional footballers have been in training, despite competitions currently being suspended. Like other clubs, Bundesliga champions Bayern Munich have been putting their players through their paces, albeit only in small groups. The Bundesliga is targeting May 15 to restart, the first major European league to do so. Fans won’t be allowed into stadiums, however.