Australia’s state of Victoria recorded 41 new confirmed cases of coronavirus on Saturday, double the daily rate seen a week ago, struggling to gain control over the pandemic while the rest of the country continues easing social distancing restrictions. 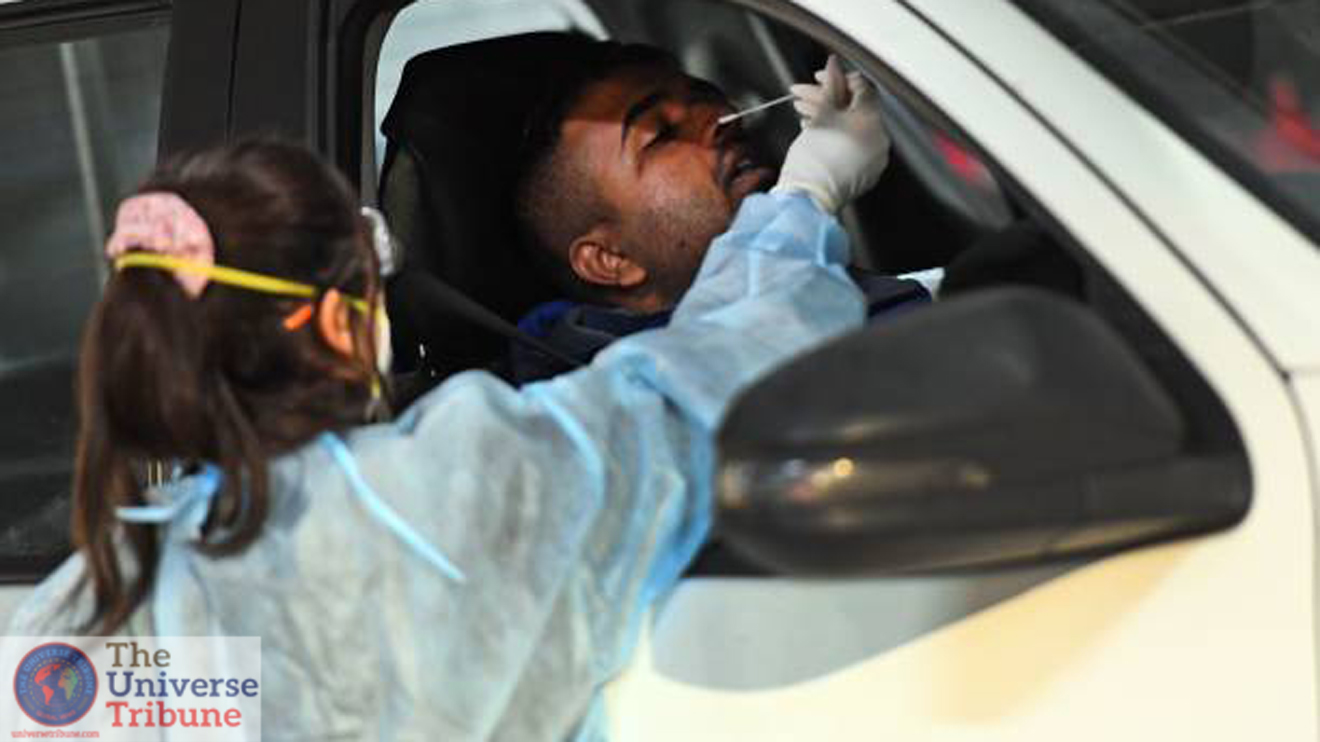 A medical worker takes a swab sample from a man at a drive-through COVID-19 coronavirus testing site in a shopping centre carpark in Melbourne on June 26, 2020. – Health workers fanned out across suburbs of Melbourne on June 26 in a testing blitz aimed at choking off a surge in coronavirus cases in Australia’s second-biggest city. Officials reported another 30 new COVID-19 infections in the city overnight in a continuing outbreak that has raised fears of a second wave in Australia, which looked like it had successfully contained the epidemic. (Photo by William WEST / AFP) (Photo by WILLIAM WEST/AFP via Getty Images)

One of the new cases was a returned traveller. Australia requires all locals who return to quarantine in hotels for two weeks. But about 30% of people in Victoria have declined a COVID-19 test before leaving quarantine, health officials said.

New South Wales, Australia’s most populous state, recorded six new cases on Saturday and officials said that returned travellers who declined to be tested will have to stay in a mandatory quarantine 10 days longer.

Despite the spike in cases in Victoria, Australia’s infections numbers of around 7,600 and 104 deaths have remained well below that of many other nations.

On Friday, the government said that the country will continue easing social distancing restrictions and Tennis Australia (TA) said on Saturday that record numbers of people have been block booking tennis courts.